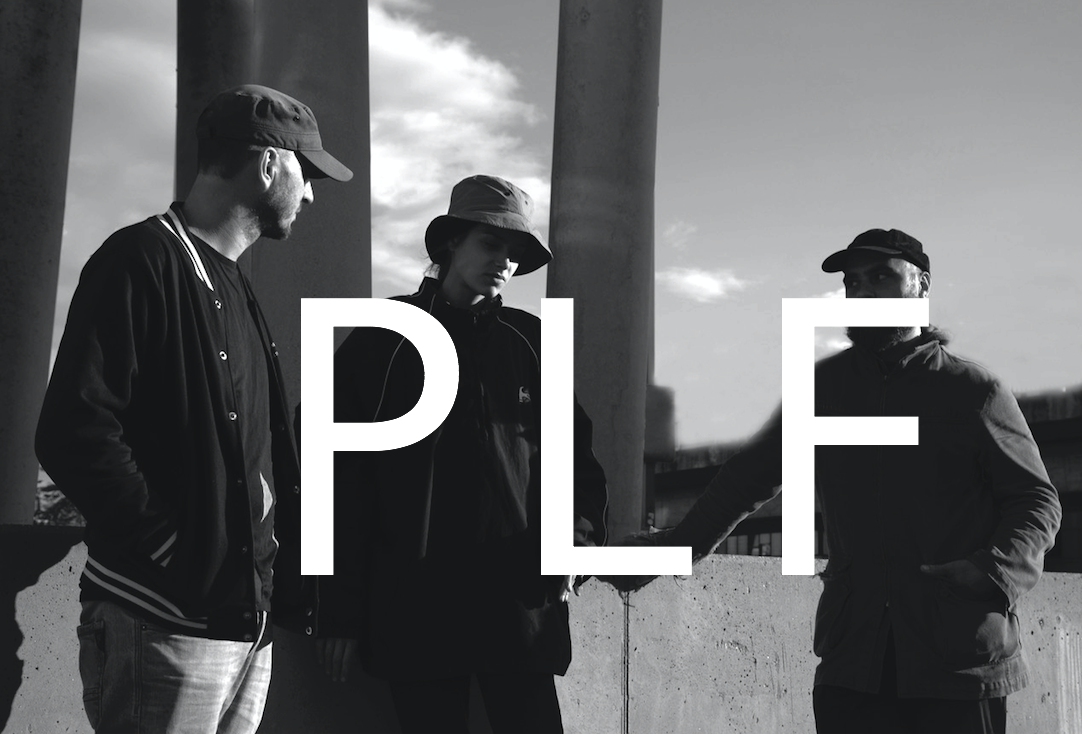 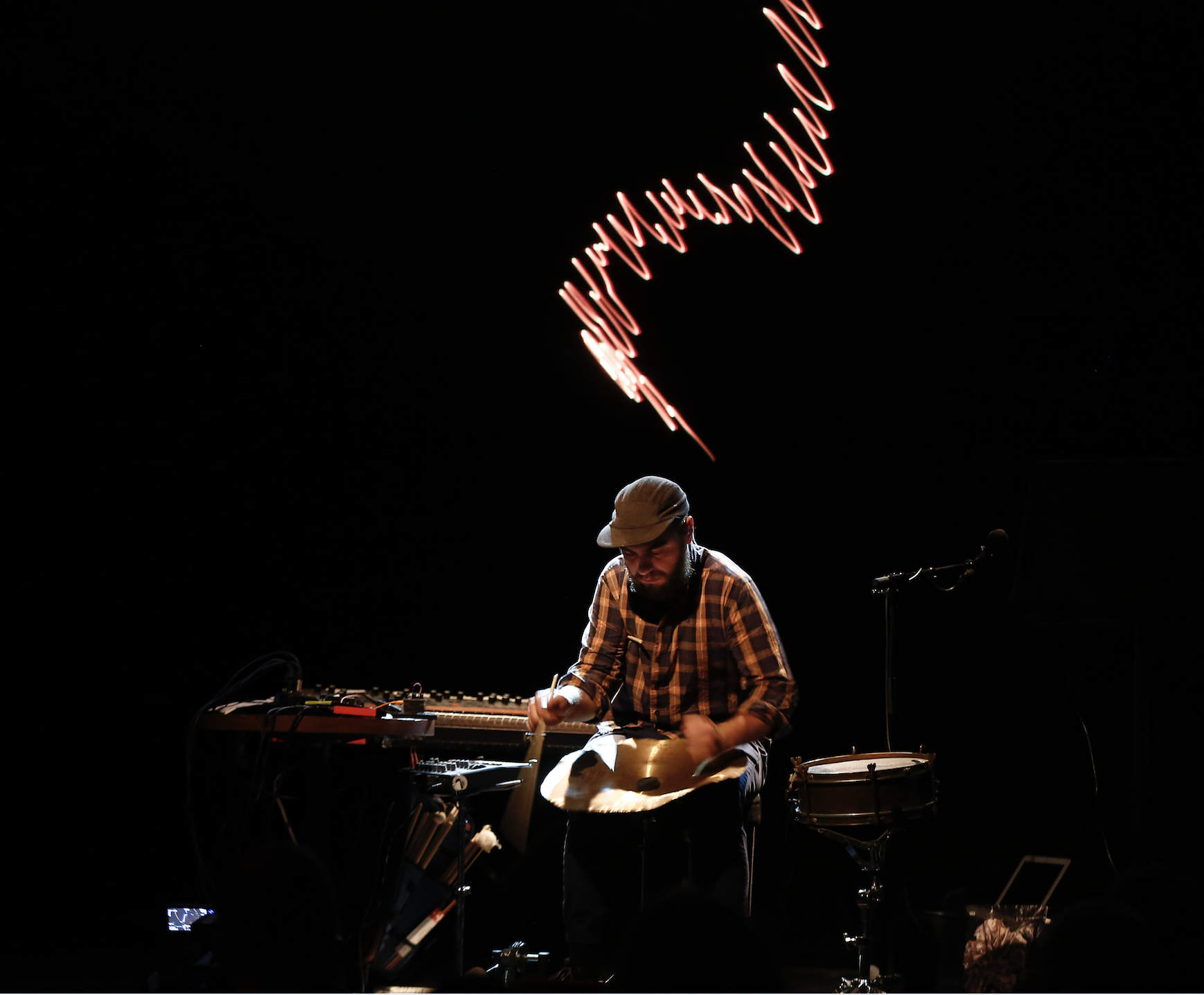 »MESSING« is the German noun for brass, a metal that is a component of percussion cymbals. Messing/brass is the cheapest metal alloy for cymbals. Therefore it is easily deformable and bendable.»MESSING« as an English verb which describes a chaotic handling.Not chaotic at all is Lukas König's impressive sound study presented here. The internationally acclaimed drummer concentrated only on a single cymbal (brass plate) as a sound source, messed around with it and therefore discovered new possibilities for sound developments. According to Kœnig, this reduction in means can be attributed to the loss of his rehearsal room and additionally to an acute lack of space, which is also connected to his constant commuting between New York and Vienna. The warehouse was converted into a quiet rehearsal room, where he explored his dexterity on the cymbal and its tonal characteristics using contact microphones and headphones, and perfected his technique to this end. And this reduction of means bore fruit.In the studio, in intensive cooperation with producer Nik Hummer, various microphoning and amplification techniques were used, in some places the metal sound is supplemented and filtered by Hummer's modular synth. König composed tracks with complex but always driving rhythmic patterns, whose raw- and directness give them a unique aesthetic, an extraordinary punch and also a special acousmatic charm. The pieces oscillate between abstract sound fields (Hot Springs) and more catchy, groove-based pieces. Three times he has them supported by vocalists*, which gives the tracks featured by Elvin Brandhi (track 2) and Coco Béchamel (track 7) a riot character and a decidedly political dimension. On track 4 (Mr.Kiwi's) the New York based rapper Sensational is featured.»MESSING« by Kœnig is a courageous statement that rejects straightforward pop and instead shines with artistic freedom and the will for change. The metal, the brass, always reverberates, at times mercilessly pounding on us, driving us forward, resonating. An artistically valuable and independent work by one of the most remarkable drummers of these times. 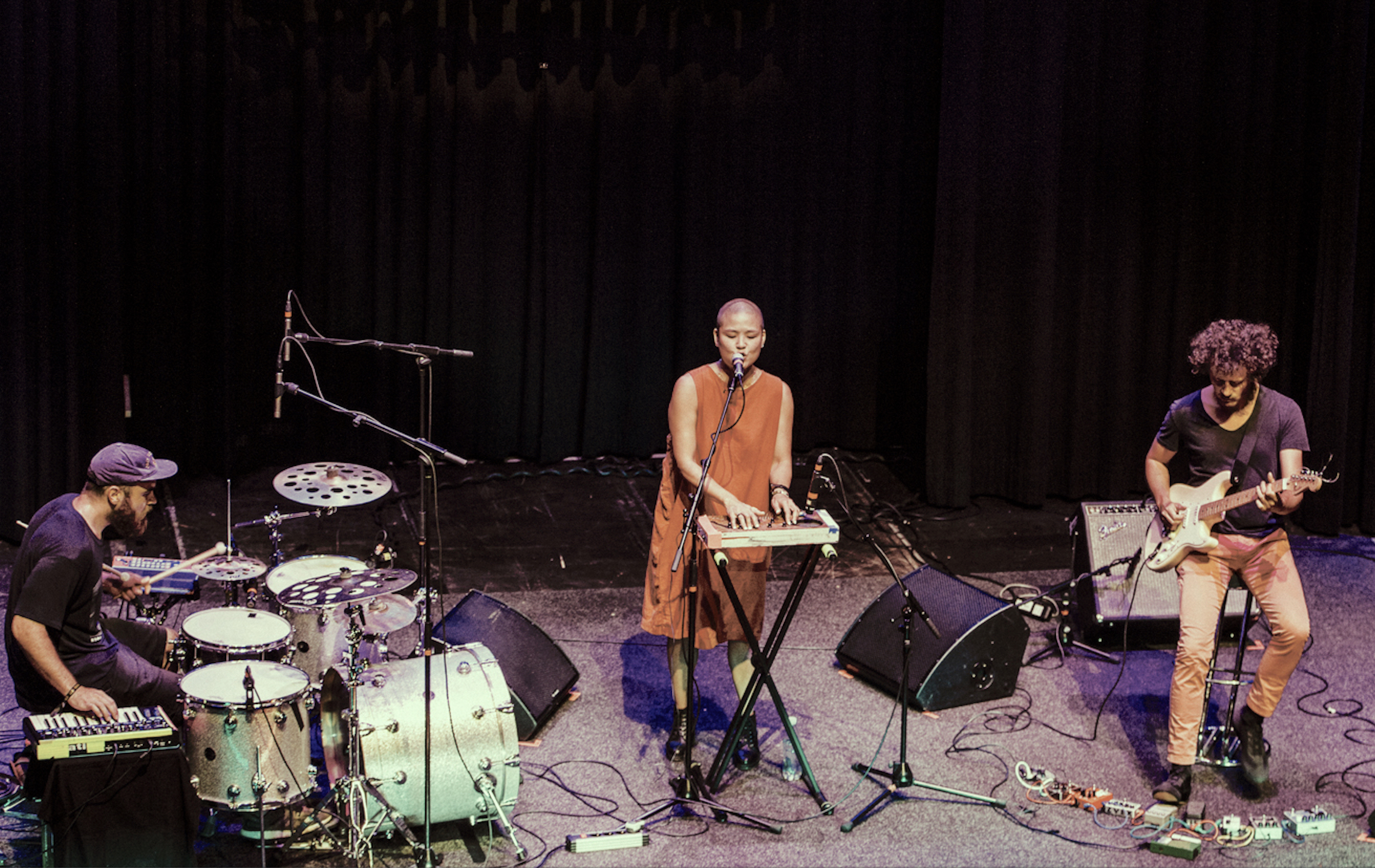 MOPCUT is a medium-length noise-style that covers the head and ears with a vertical bang and a horizontal wave. It's a popular style for all ages, genders and generations.The soundscape should be trimmed evenly all around the circumference so that the noise at the front reaches the inner eye while the waves on the sides cover (or almost fully cover) the ears. The beats at the back maintain the same length as the samples at the front and sides. Once the overall sound is achieved, trimming is used to achieve minimalism or maximalism, depending. Improvisation, noise and electronic beats work well as backgrounds for the MOPCUT. Electronic appliances and devices may be used to give the MOPCUT a bit more volume, but effects may lead to standing up instead of hanging low. MOPCUT is Lukas König, Audrey Chen, and Julien Desprez.

"...A tightly disciplined yet exuberant set of performances" (the wire)

"...it is glorious to behold how they are able to switch from frantic, free-jazz-inspired outbursts to minimal, psych-induced overtures. For Mopcut, the duality of maximalism and minimalism has a common point of origin, and that is exactly what they explore" (invisible oranges) 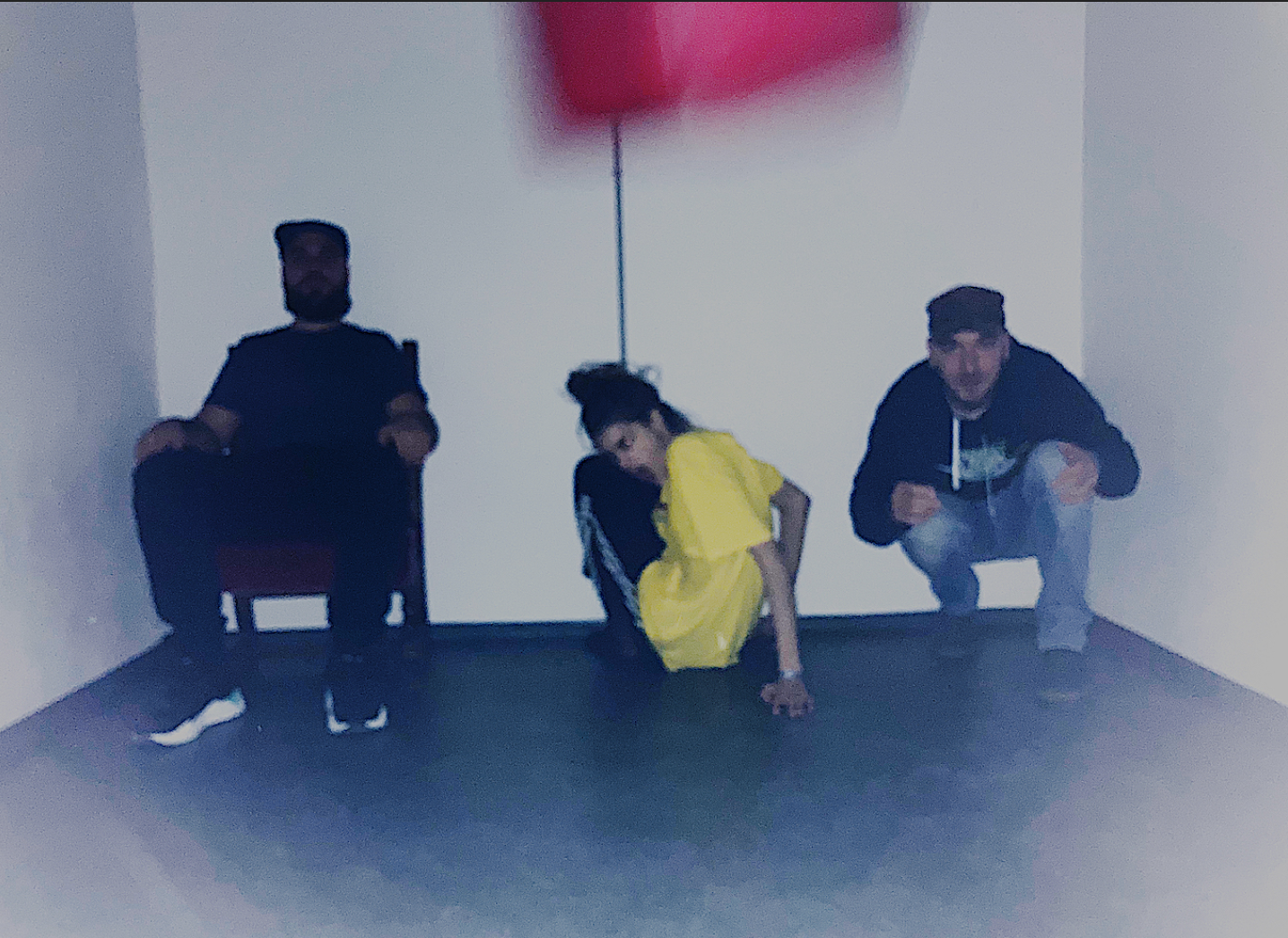 ´ . . . Instrument maker Peter Kutin, sonic nomad vocalist Freya Edmondes aka Elvin Brandhi and iconoclastic drummer Lukas König . . . their debut album EPDEMO (via opal-tapes) captures the trio’s very first fortuitous encounter. With Kutin on self-devised light-feedback noise machines coupled with an array of synths and König’s percussion-electronics manipulations as rhythm section to Brandhi’s feral vocalisations, PFL are an unorthodox band, right at the edge of post-punk, noise and free improvisation. . . a dynamic tour de force from three improvisers at the peak of their craft
. . . ´
(by Andra Nikolayi) 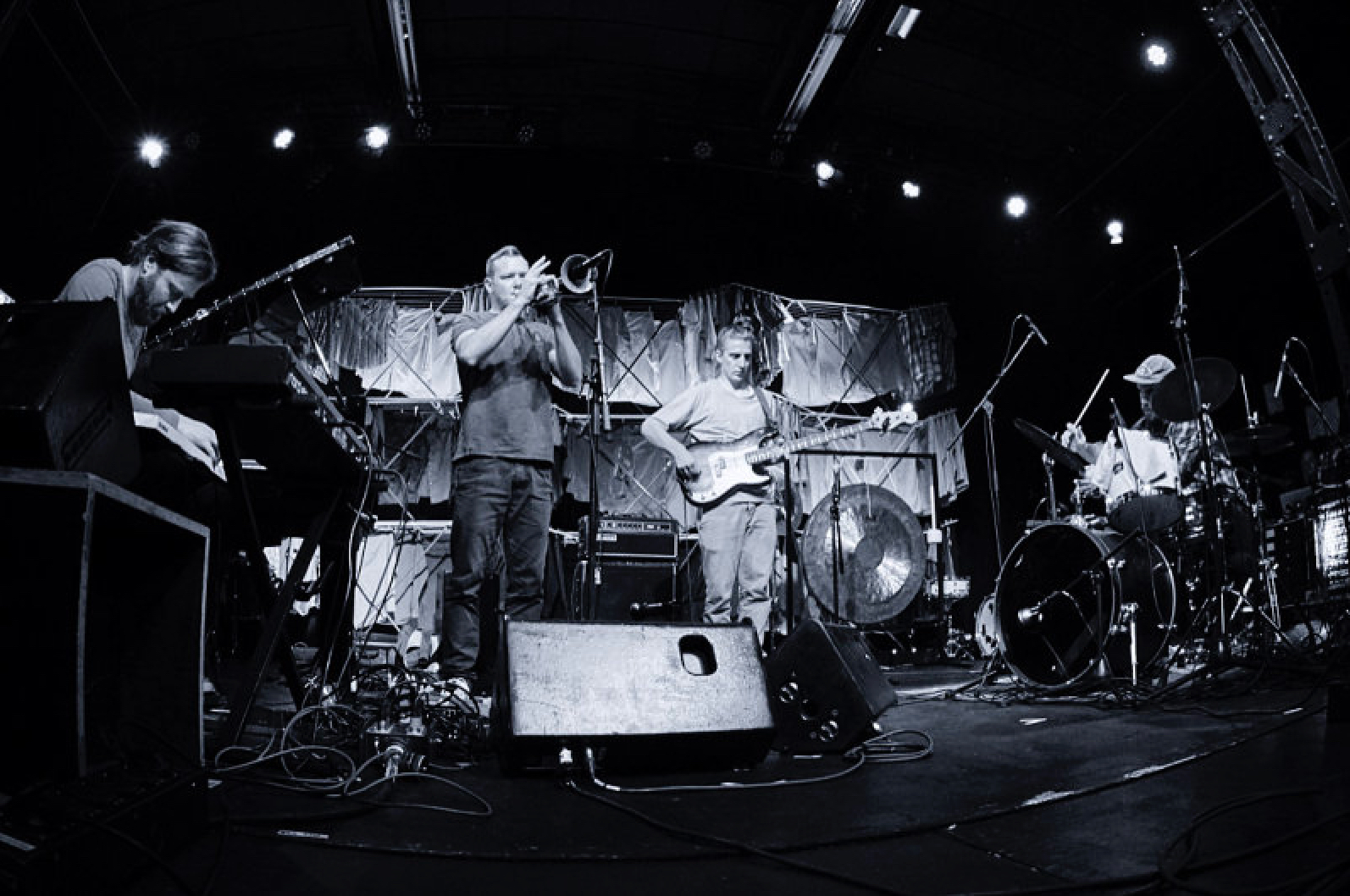 At first glance the word „Kompost“ doesn’t conjure up the thought of a protean, fire-eating entity equally capable of rocking you to sleep or rocketing you into orbit . . . but wait a moment, let’s start on the surface. Organic, earthy, alive; a jumble of countless bits and smears from the king’s table and straight out the gutter, melted together into a single mass. A little funky. Sometimes a LOT funky. Kompost is all those things.

But look deeper, that’s where the action is. The closer you get to the center the more it heats up. Reactions are taking place, unknown quantities brewing. Musical ideas are broken down to their constituent atoms then fused together again in seemingly random combinations – but there’s method to this madness; the creatures emerging from this primordial ooze are walking, talking, preaching.

In concrete terms: this is a band the way bands are supposed to be. They’ve got it all: fire, sweetness, the ability to step on the one so hard that you nearly fall over, a seemingly inexhaustible flow of ideas and the best thing of all: real telepathy, the kind you hear about. Those impossible, jaw dropping, roller-coaster twists, turns and stops only work because each of these four heads knows what the others are going to do next. Don’t be fooled: this band is a monster. They’ll pull you in; don’t bother trying to resist. They’ll make you a part of themselves and won’t let go until THEY feel like it . . . but by then you won’t want to leave. (Philip Yaeger)

The four members of KOMPOST 3 have been making music together since 2009; a project that began in a shared apartment in Vienna’s Third District and has grown into one of the most exciting young formations of Austria’s jazz and improv scene. The band released 4 critically acclaimed albums, won the international Bremen Jazz Award and the BAWAG P.S.K. Next Generation Jazz Award and has been touring throughout Europe, in Mexico and in the United States. 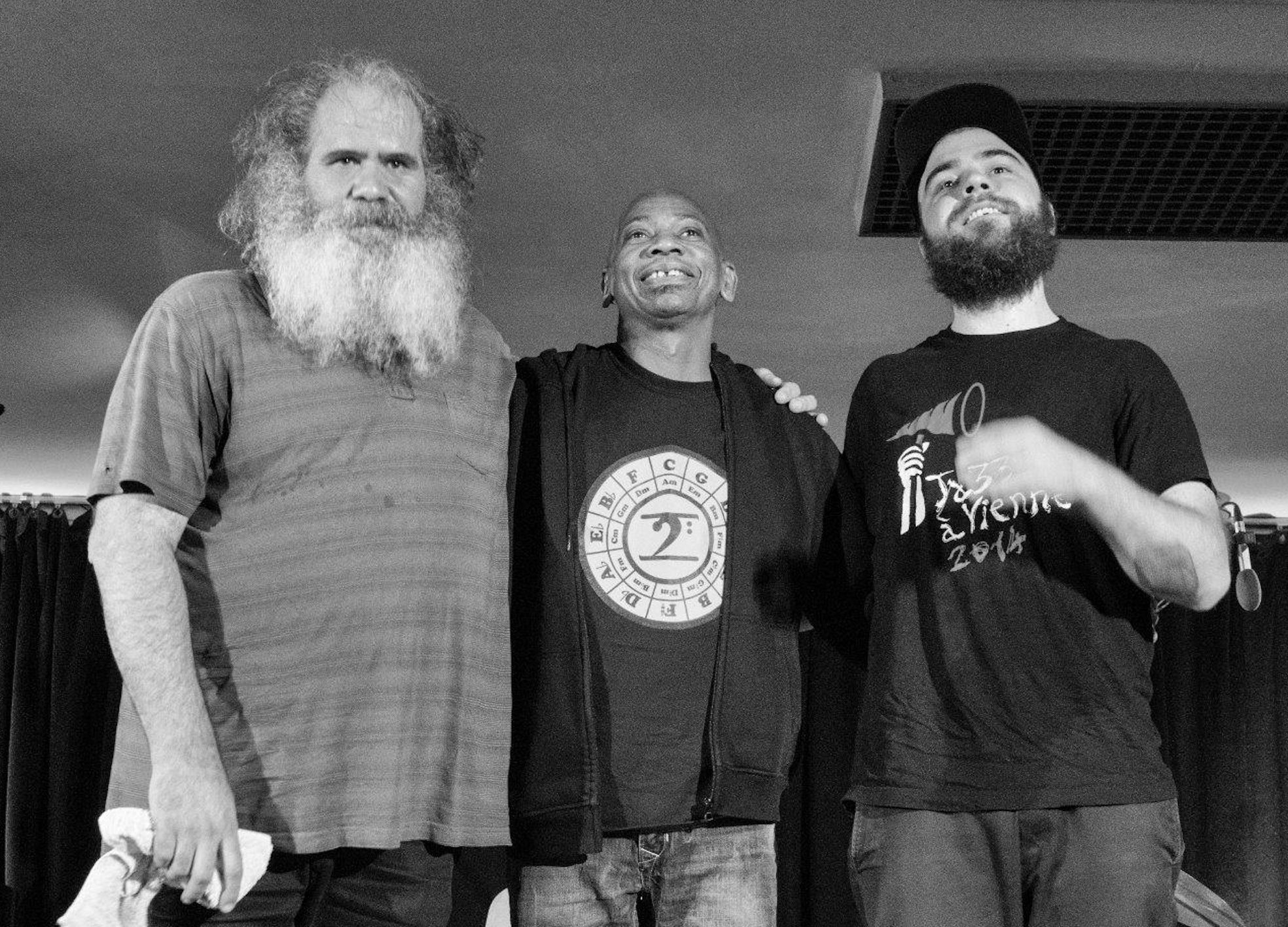 On "Inside" Malcolm Braff collaborates with bassist Reggie Washington and drummer Lukas König for the first time. The musicians knew each other from workshops in Linz, where the pianist and bass player taught in 2010. When they got the opportunity this spring to put together a dream team for the Jazz Festival in Cully, he chose Washington and König, a stroke of luck as it turned out. Because the co-lecturer from Brussels and the co-student from Vienna proved to be perfect companions of his soul-jazzily modern, African-tinged sound world.

"... this modern soul-jazz piano trio, tinged with African shadings, is led by Brazilian-born Malcolm Braff, who grew up in the Cape Verde Islands and Senegal before settling in Switzerland. With electric bassist Reggie Washington and Austrian drummer Lukas Koenig, Braff travels from the African-flavored “Crimson Waves” (featuring Swiss vocalist Aurélie Emery), to a take on Prince’s James Brown-inspired “Sexy M.F.,” to the slow blues of “Empathy for the Devil.” Braff’s buoyant “The Mirror” and his interpretation of Baden Powell’s “Berimbau” take him back to his Brazilian roots, while the rhythmically driving “Mantra” and “Yay!,” both performed on treated piano, sound steeped in the heart of Senegal. Two gently introspective solo piano pieces, “Tied to Tide” and “Dawn,” deviate from the groove-oriented program. "(Bill Milkowski, jazztimes) 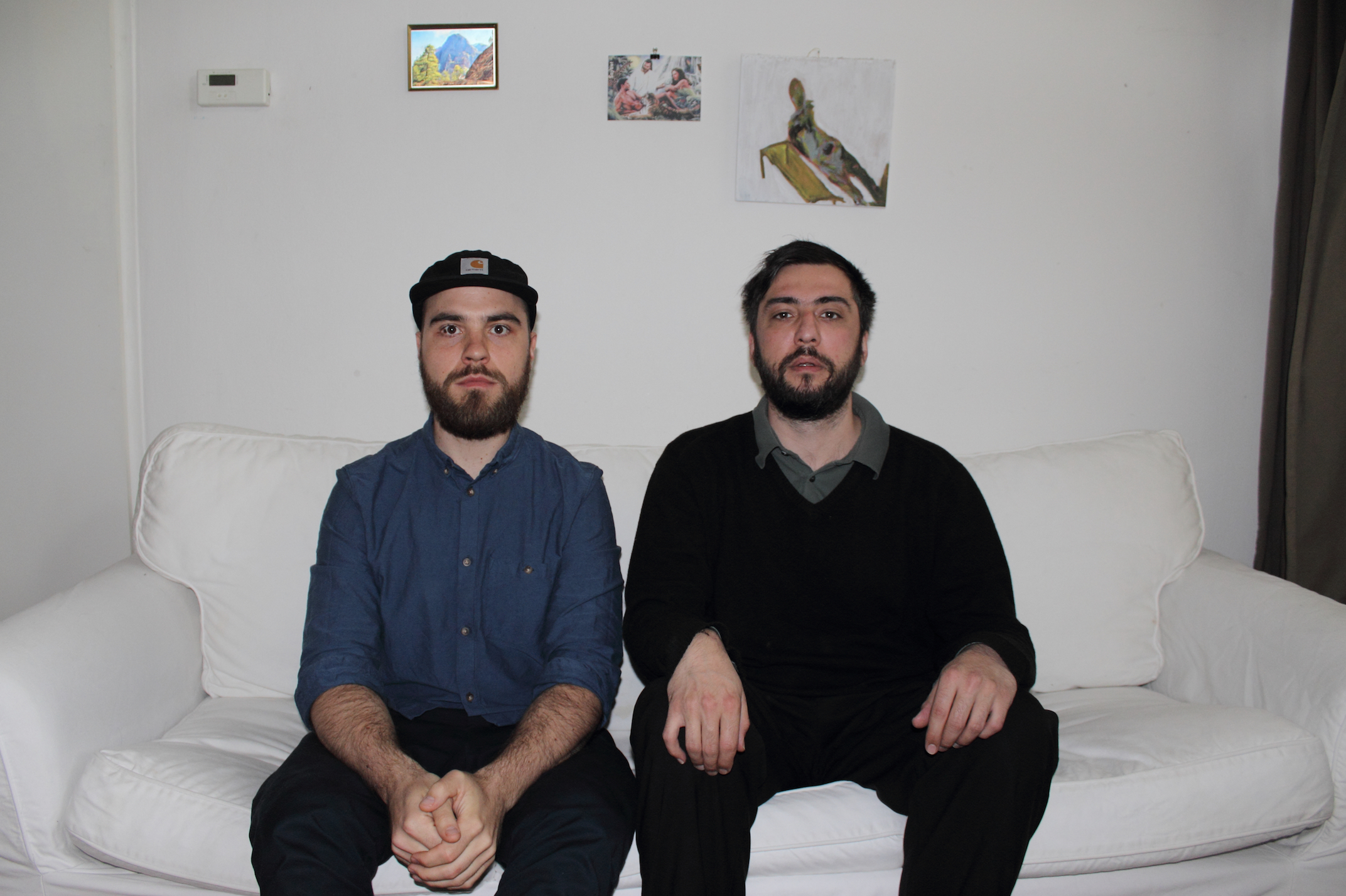 With their brute Dadaist art project koenigleopold, Lukas König and Leo Riegler became known to the broad masses. They did not see their future in roaring with drunk guys in village discos "Hoit die Goschn". In their old line-up and new form they now publish as König Riegler a rejection of mass suitability and an announcement in terms of artistic attitude and experimental Hip Hop: FAME OVER was released exclusively digitally on JazzWerkstatt Records on June 12th, 2020, presented live on June 17th, 2020 at the Radiokulturhaus and available online via music & streaming services.
FAME OVER was released as uncut material, which was created during a two-day session at MINUSGROUNDZERO Studio and whose sound aesthetics were significantly influenced by electronic engineer, producer and recording director Nik Hummer. It's a new "point zero" where Leo Riegler and Lukas König start here after they disbanded koenigleopold and didn't play together for four years.
With Schnackenberger, KG, Send me Money, i am so stille and Fame Over, König Riegler improvise themselves and us into their subconscious. With computer and turntables Leo Riegler samples the live played, field recordings and other recordings from tabloid media and high culture, pitched, looped, processed, effectuated, modulates the sounds and turns them into mutants of themselves, warped, distorted, blown up. His saxophone sounds like motorized beasts, snake incantations or cries for help from the deep sea. Orchestras echo, opera singing squeezes out, voices mate with dystopian-futuristic sounds, metallic nervous clatter, electronic chirping, frequencies that run like background conversations and android beeps that soar.
Opposite to this, Lukas König plays drums, bass on the synthesizer and trumpet from one hand, creating a base that automatically holds together homogeneously and organically. Playing everything at the same time on the one hand increases the simplicity of the music, but on the other hand allows to improvise extremely complex rhythms.
"We are two planets rotating simultaneously."

The Synesthetic Octet is an Austrian band founded by the composer, musician and bandleader Vincent Pongrácz. The name of the band is inspired by the composer Olivier Messiaen who him self was an synesthete.

2013, the ensemble reached its present lineup during a series of concerts in Vienna’s jazz club “Porgy & Bess”. The members come from diverse genres like contemporary classical music, Jazz and Hip Hop. Willfulness, subtlety and an artistic spirit of independence that the musicians share unifies the band and takes shape in the compositions of the bandleader.

You can find out more about which cookies we are using or switch them off in settings.

This website uses cookies so that we can provide you with the best user experience possible. Cookie information is stored in your browser and performs functions such as recognising you when you return to our website and helping our team to understand which sections of the website you find most interesting and useful.

This website uses Google Analytics to collect anonymous information such as the number of visitors to the site, and the most popular pages.